Whitfield County
Board of Commissioners

Mr. Robbins is serving his first term as Whitfield County Commissioner. Barry Robbins grew up in Jacksonville, FL and has lived in Georgia since 1984, moving to Dalton in 1995.

Barry has four children. Barry served on active duty in the U.S. Marine Corps. He graduated from University of North Florida with a degree in Finance & Banking and a law degree from John Marshall Law School. Barry and Kathy have been married for over 34 years. Barry has been in the banking profession for over 34 years. Kathy works in the Dalton Public School system. Kathy works at City Park School. Barry and Kathy are charter and active members of Rock Bridge Community Church. Barry is also an active member of the Dalton GA Marine Corps League.

Barry and Kathy have two sons, Brandon and Ryan, who both graduated from Southeast Whitfield High School in 2003 and 2006, respectively. Brandon went on to graduate from the University of Florida with a degree in Finance and then served over four years in the U.S. Marine Corps (two tours of duty in Afghanistan) and left the Marine Corps as a Captain. Brandon is currently in his third year of law school at Florida State University. Ryan graduated from Georgia Southern University with a degree in Accounting and is currently serving on active duty in the U.S. Marine Corps. 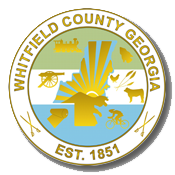